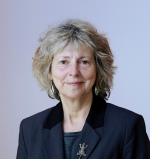 Principal Investigator Dr Jo Warin is a Reader in Gender and Social Relationships in Education at Lancaster University, where she is Co- Director of the Centre for Social Justice and Wellbeing in Education. Jo’s research is currently focused on Men in the Early Years, in the UK and overseas, with several relevant journal articles, a co-authored book ‘Men, masculinities and teaching in early childhood education’ and a new book ‘Men in Early Childhood Education and Care -Gender Balance and Flexibility’.   She teaches on the online Doctoral programme in Education and Social Justice and supervises many PhD students. 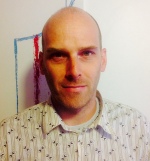 Co-Investigator Dr Jeremy Davies is Head of Communications at the Fatherhood Institute. A journalist/ researcher and passionate advocate for involved fatherhood, he has more than a decade’s experience helping family services reach out to, and work more effectively with, fathers. His role at the Institute includes contributing to research projects, writing guides, reports and articles for professional and lay audiences. running press campaigns, managing websites and social media, training practitioners and presenting at conferences. Jeremy’s PhD (University of Manchester) explored levels of paternal involvement among gay fathers. He founded the #MITEY (Men In The Early Years) campaign and is deputy chair of the Department for Education’s Gender Diversity Task and Finish Group. 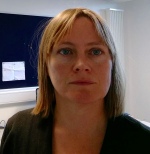 Research Associate Dr Joann Wilkinson is a researcher in the Department of Educational Research at Lancaster University. Her PhD in sociology examined women and couples’ use of fertility tracking devices when trying to conceive. She has worked on a number of different social science projects, both at Lancaster University and internationally, including studies on gender and ageing in plastic surgery, self-tracking devices for older people living with chronic health conditions, local services to reduce social isolation and loneliness in older populations in Cumbria, improving palliative and end of life care, and (a very different topic!) the role of army reservists in the British Armed Forces. 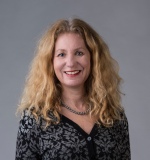 Project Partner Kari Emilsen is Professor in Social Science at Queen Maud University College of Early Childhood Education (QMUC) in Norway. Her research focuses on gender and equality, including recruitment of male workers to early childhood education and childcare (ECEC) institutions, and men in outdoor preschools. She has published a comparative study of men in outdoor preschools in Norway and Austria together with Bernhard Koch in the European Early Childhood Education Research Journal. Kari is a convener of the Special Interest Group Gender Balance in the ECEC Workforce within the EECERA organisation, alongside Professor Tim Rohrmann – with whom she edited and published papers in a Special Issue in the EECERJ in 2015. Emilsen published a book about gender issues in ECEC in Norway in 2016. 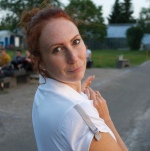 Project Co-ordinator Helen Greaves is responsible for the day to day running of the project and ensuring that the project investigators and research associate are supported in their activities. Helen has a background in environmental education and is thrilled to put her administrative skills to use at Lancaster University to help facilitate our valuable and ground-breaking research collaboration. In the other two thirds of her working week, Helen is completing a PhD at University College London, researching farmland pond restoration.

The steering group for the project includes all the research team members, plus: Yuwei Xu, Lecturer in Children and Family Studies at the University of Portsmouth School of Education and Sociology; Tim Rohrmann, co-convenor (with Professor Emilsen) of the EECERA Special Interest Group on Gender Balance; Dr Mark Limmer, Lecturer in Health Research at Lancaster University; Shaddai Tembo, PhD Student at the University of the West of Scotland, and David Wright, owner of Paintpots Nurseries in Southampton, chair of the Southampton Men in Early Years group and chair of the Department for Education’s Gender Diversity Task and Finish Group.

We have four hubs that form an integral part of our research. They are Bradford (led by Imran Hafeez), Bristol (led by Craig Black), London (led by Naomi Blackwood) and Southampton (led by David Wright).